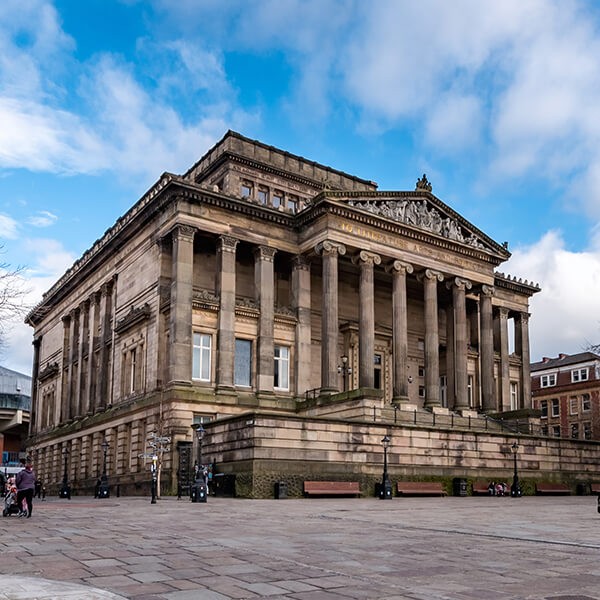 We are a team of accredited domestic energy assessors (DEA) based in Preston, England. We provide energy performance certificates (EPC) and home energy checks for all houses. Our EPCs are suitable for property sales or rentals.
We work with private home owners, landlords and estate agents across Preston and surrounding areas including Fishwick, Ribbleton, Fulwood, Ingol, Cottam, Ashton-On-Ribble, Lea, Penwortham, Howick Cross and Elston.
Click to Order Online

If you are a homeowner looking for a reliable EPC provider in Preston then our qualified domestic energy assessors (DEAs) will provide an EPC within 24-48 hours for compliance with the England EPC regulations.

If you are an estate agent, feel free to call us to discuss special rates for multiple-home energy assessments. Our team of DEAs has worked with many estate agents in Preston and they have stayed loyal to us since 2008 when energy performance certificates were introduced.

Order Your EPC in Preston

Preston is situated on the northern side of the Ribble River. In 2002, the City of Preston local authority district was granted official recognition, making it England’s fiftieth town in Queen Elizabeth II’s sovereignty in the fiftieth year. Preston had developed into a thriving manufacturing city by 1901. New factories appeared in Preston throughout the interwar period, helping alleviate the suffering caused by the textile business’s massive decline. Electrical appliance production and technology established themselves in the area. Between 1920 and 1939, thousands of houses were built, increasing in the construction industry. And till today, Preston continues to flourish. Moreover, Preston has also developed into a local shopping core.

Today, you can visit and enjoy the beautiful and fantastic historical attractions and landmarks in Preston. You can start your exploration in Avenham and MillerParks, divided by the riverbank for the extinct East Lancashire Railway, which was planned in the 1860s by the influential Victorian structural engineer Edward Milner. Aside from that, you can also visit the Church of St. Walburge, Winckley Square, and the Preston Cenotaph, which was installed in 1926 on Market Square. The column’s centerpiece is a portrait of Victory carrying two ornaments, and at the peak is a void crypt.

Do you operate in my area?
In Preston, we work across Preston, and surrounding towns, including Ribbleton, Fulwood and Ingol.
What happens after my order?
After you order your EPC online you will receive an email confirmation of your order along with a receipt for your payment. One of our DEAs will phone you within 24-48 hours and will help you with any questions you may have. He/she will give you a time for the EPC survey.
How long will the EPC assessment take?
The EPC assessment takes about 25 minutes depending on the size and complexity of the building.
What will the DEA do at my house?
During the assessment the DEA will take photographs of the property’s heating system, glazing, lighting, and insulation so the EPC rating of your building can be calculated.
How long until I get the result?
After the site survey, the EPC is completed normally within 24-48 hours. You will receive an email or text with a link where to download the original certificate from the government’s EPC Register.
How long is the EPC valid for?
The EPC is valid for 10 years, after which a new EPC survey is needed. The owner’s name is not included in the EPC, which means that the new owners can use the same EPC, as long as it is valid and there are no structural changes to the property.
Why should I order online?
By paying online you are protected by the Visa/MasterCard guarantee. We also offer you a 30-day guarantee as part of our refund policy.
Do you have a Customer Satisfaction policy?
We aim for 100% customer satisfaction. If you are not satisfied within 30 days of receiving our service, we will offer you a full refund.
Why is my estate agent’s EPC offer more expensive?
Estate agents usually outsource the EPC survey to DEAs and charge a commission fee on top.
Who needs an EPC?
The EPC is required by law if you are marketing your property for sale or to let.
Do you provide EPCs for new constructions and commercial buildings?
No, we provide EPCs for existing dwellings.
Click To Order Online