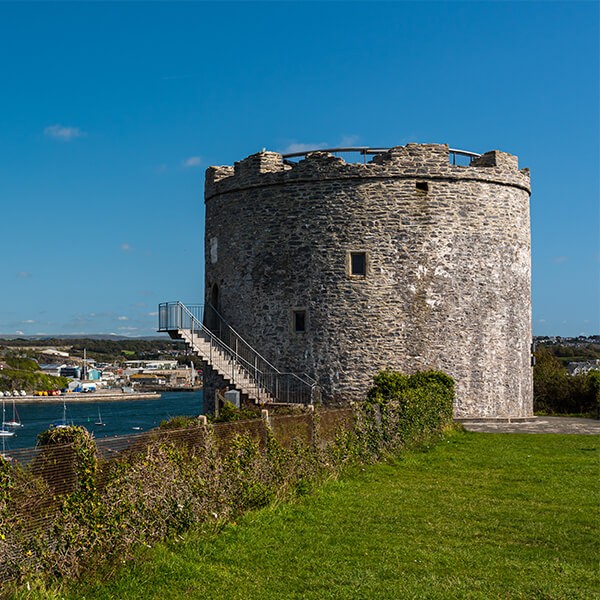 We are a team of accredited domestic energy assessors (DEA) based in Plymouth, England. We provide energy performance certificates (EPC) and home energy checks for all houses. Our EPCs are suitable for property sales or rentals.
We work with private home owners, landlords and estate agents across Plymouth and surrounding areas including Devonport, Milehouse, Efford, Plymstock, Underwood, Honicknowle, King’s Tamerton, St. Budeaux, Southway and Woolwell.
Click to Order Online

If you are a homeowner looking for a reliable EPC provider in Plymouth then our qualified domestic energy assessors (DEAs) will provide an EPC within 24-48 hours for compliance with the England EPC regulations.

If you are an estate agent, feel free to call us to discuss special rates for multiple-home energy assessments. Our team of DEAs has worked with many estate agents in Plymouth and they have stayed loyal to us since 2008 when energy performance certificates were introduced.

Order Your EPC in Plymouth

Plymouth is a coastal city in England on the southern shore of Devon, surrounded by the banks of the rivers Tamar and Plym. Plymouth expanded like a giant seaport during the Industrial Revolution, managing goods and travelers from the Americas and supplying natural resources such as copper, tin, clay, lime, and arsenic.

Plymouth was given authority as a city in 1928. The first Royal Dockyard was built in 1690. Additional docks were constructed in the 1700s, and a massive naval complex, along with the settlements of Plymouth Dock and Stonehouse, was later created. In 1965, Plymouth Polytechnic was founded and was designated as a higher education institution in 1992.

Presently, Plymouth’s wealth is heavily affected by shipbuilding and maritime. Even so, Plymouth has many unique attractions that are perfect for vacation. These are the Royal Citadel, Saltram House, The Mayflower Museum and Steps, and the Historic Devonport. And there is the Plymouth City Center, a Tudor establishment of apartments and a collection of historical development. Let’s not forget the Cotehele House, which is well taken care of and with three beautiful churches. A massive collection of antique furniture and tapestries are among the many remarkable characteristics of Cotehele House.

Do you operate in my area?
In Plymouth, we work across Plymouth, and surrounding towns, including Efford, Plymstock and Underwood.
What happens after my order?
After you order your EPC online you will receive an email confirmation of your order along with a receipt for your payment. One of our DEAs will phone you within 24-48 hours and will help you with any questions you may have. He/she will give you a time for the EPC survey.
How long will the EPC assessment take?
The EPC assessment takes about 25 minutes depending on the size and complexity of the building.
What will the DEA do at my house?
During the assessment the DEA will take photographs of the property’s heating system, glazing, lighting, and insulation so the EPC rating of your building can be calculated.
How long until I get the result?
After the site survey, the EPC is completed normally within 24-48 hours. You will receive an email or text with a link where to download the original certificate from the government’s EPC Register.
How long is the EPC valid for?
The EPC is valid for 10 years, after which a new EPC survey is needed. The owner’s name is not included in the EPC, which means that the new owners can use the same EPC, as long as it is valid and there are no structural changes to the property.
Why should I order online?
By paying online you are protected by the Visa/MasterCard guarantee. We also offer you a 30-day guarantee as part of our refund policy.
Do you have a Customer Satisfaction policy?
We aim for 100% customer satisfaction. If you are not satisfied within 30 days of receiving our service, we will offer you a full refund.
Why is my estate agent’s EPC offer more expensive?
Estate agents usually outsource the EPC survey to DEAs and charge a commission fee on top.
Who needs an EPC?
The EPC is required by law if you are marketing your property for sale or to let.
Do you provide EPCs for new constructions and commercial buildings?
No, we provide EPCs for existing dwellings.
Click To Order Online