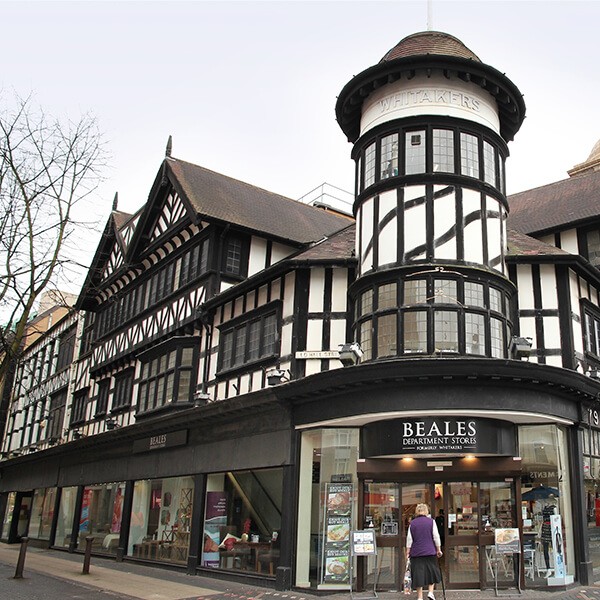 We are a team of accredited domestic energy assessors (DEA) based in Bolton, England. We provide energy performance certificates (EPC) and home energy checks for all houses. Our EPCs are suitable for property sales or rentals.
We work with private home owners, landlords and estate agents across Bolton and surrounding areas including Tonge, Burnden, Darcy Lever, Daubhill, Doffcocker, Breightmet, Bradley Fold, Farnworth, Over Hulton and Stoneclough.
Click to Order Online

If you are a homeowner looking for a reliable EPC provider in Bolton then our qualified domestic energy assessors (DEAs) will provide an EPC within 24-48 hours for compliance with the England EPC regulations.

If you are an estate agent, feel free to call us to discuss special rates for multiple-home energy assessments. Our team of DEAs has worked with many estate agents in Bolton and they have stayed loyal to us since 2008 when energy performance certificates were introduced.

Order Your EPC in Bolton

Bolton is the center of the Greater Manchester Borough and resides in the mountains of the Pennines. The place is rich in stories about their colorful history. In the 16th century, Bolton was renowned for its manufacturing of wool textiles but, by the 18th century, the cloth was supplanting wool, and thread and textile manufacturing was on the rise by the year 1600s. At the start of the 18th century, an ancient mechanical device currently used in the cotton industry to help extract thread from cotton was invented and called a spinning mule.

Currently, Bolton has a variety of establishments and attractions that fit all plans. You may want to start your visit at Smithills Hall, which the Bolton Council possesses, and a Historic manor house surrounded by lush greenery in the surrounding nature reserve. The medieval Bolton Castle is considered the most taken care of and fascinating tourist attractions in the United Kingdom. Aside from that, there is also the Bolton Market, one of the must-not-missed places in Bolton. Bolton Market is located in the heart of Ashburner Street, a stunning glass and iron structure that was renovated in the 1980s and the 2000s is the biggest market in the U.K.

Do you operate in my area?
In Bolton, we work across Bolton, and surrounding towns, including Breightmet, Bradley Fold and Farnworth.
What happens after my order?
After you order your EPC online you will receive an email confirmation of your order along with a receipt for your payment. One of our DEAs will phone you within 24-48 hours and will help you with any questions you may have. He/she will give you a time for the EPC survey.
How long will the EPC assessment take?
The EPC assessment takes about 25 minutes depending on the size and complexity of the building.
What will the DEA do at my house?
During the assessment the DEA will take photographs of the property’s heating system, glazing, lighting, and insulation so the EPC rating of your building can be calculated.
How long until I get the result?
After the site survey, the EPC is completed normally within 24-48 hours. You will receive an email or text with a link where to download the original certificate from the government’s EPC Register.
How long is the EPC valid for?
The EPC is valid for 10 years, after which a new EPC survey is needed. The owner’s name is not included in the EPC, which means that the new owners can use the same EPC, as long as it is valid and there are no structural changes to the property.
Why should I order online?
By paying online you are protected by the Visa/MasterCard guarantee. We also offer you a 30-day guarantee as part of our refund policy.
Do you have a Customer Satisfaction policy?
We aim for 100% customer satisfaction. If you are not satisfied within 30 days of receiving our service, we will offer you a full refund.
Why is my estate agent’s EPC offer more expensive?
Estate agents usually outsource the EPC survey to DEAs and charge a commission fee on top.
Who needs an EPC?
The EPC is required by law if you are marketing your property for sale or to let.
Do you provide EPCs for new constructions and commercial buildings?
No, we provide EPCs for existing dwellings.
Click To Order Online